One morning, after leading a birdwatching trip in New York, I returned home to shower and shave and noticed a lump on my neck. I went to see a doctor, who thought it was a blocked salivary gland. However, he recommended I see a specialist for a biopsy to be sure. That’s when I received my diagnosis—the biopsy result showed HPV-related cancer.

Fortunately, my doctor caught my cancer early, and he reassured me that it had a 95% cure rate. The next step was to discuss treatment options. Based on the spread of the virus to my lymph nodes, surgery was not a safe option. Instead, we decided to pursue a combination of radiation and chemotherapy.

For radiation, I underwent daily treatments for two months. Although radiation treatment could be scary and claustrophobic, it was not painful. My radiation center was set up to play music, so I put together a jazz and contemporary classical music playlist, which included a 17.5 minute tune by Miles Davis that happened to last the 17.5 minutes of one session. Having something to listen to that I enjoyed helped pass the time.

Similar to my experience with radiation treatment, my chemotherapy sessions were not painful. Although, I’ll admit it was unnerving to see nurses in hazmat suits handling the cisplatin bag. As treatment progressed and it became difficult to swallow, it was necessary to stay hydrated. I requested extra hydration sessions at my chemo center, even for a couple of weeks after my last treatment.

Throughout the treatment process, I found it helpful to clear my schedule to minimize any outside stressors. I felt weaker and had a lot less energy from my treatment, so I didn’t want any extra burdens during this time.

To keep my mind occupied, I always had things on hand to watch or listen to, which required varying degrees of concentration. These materials ranged from academic lectures (including some great courses on the Civil War) to simple picture books on art and insects.

As a former sailor, I decided to read some books by people shipwrecked at sea. It was easy to draw some parallels between their struggles and my own cancer journey. Survivors keep going despite physical and mental pain and exhaustion—demonstrating the strength of the human spirit.

After the final treatment session, it took a couple months to start regaining strength and stamina. The most important thing I could do psychologically was take it one step at a time. I eventually got through it and got back to good health. But the process took time, and the goal seemed distant at certain points.

During the last few weeks and for at least a month after treatment, I struggled to eat. I lost my sense of taste and felt like I had a hole in my throat. Every little thing I ate or drank—even a drop of water—caused excruciating pain. I couldn’t swallow any solid foods for about two months after the last radiation session, but eventually I was able to push myself and transition from Boost drinks back to solid foods.

As my taste buds recovered, they did so unevenly, and this made many foods taste so terrible that I just couldn’t eat them. Eventually, they balanced out, and now, about a year out from my last treatment, my taste is largely back to normal. But I still have “food PTSD” from strong memories of certain foods that tasted so bad to me post-treatment that I now have trouble eating them. This is compounded by the lack of saliva, which has yet to come back. This makes starchy foods more difficult to eat.

Pain management after treatment was also incredibly important. Swallowing my medication was incredibly painful, but I knew the pain would be much worse if I didn’t. I also tried numbing agents for the back of my throat and magic mouthwash, but neither helped mitigate my pain.

I lost about 20 pounds during this time, including much of my muscle mass. I learned how important it was to start exercising upon receiving a cancer diagnosis. I made a point of going on regular walks two to three weeks after my last treatment, even if they were for only fifteen or twenty minutes.

To this day, I struggle with some long-term side effects from my treatment, such as dry mouth and “food PTSD”. However, I am feeling better with each new day. My advice to patients going through a similar cancer journey has three parts. First, take it one moment at a time and find simple things you can enjoy based on the level of energy you still have. Next, get back to exercising as quickly as possible. Lastly, stay optimistic—and when your doctor gives you good news, always keep it in mind. You will get through it!

April is Oral Cancer Awareness Month. As part of that theme, we post stories written by oral cancer survivors, caregivers and medical professionals for our 30 Stories in 30 Days™ campaign. The insights they share can help others along their journey. 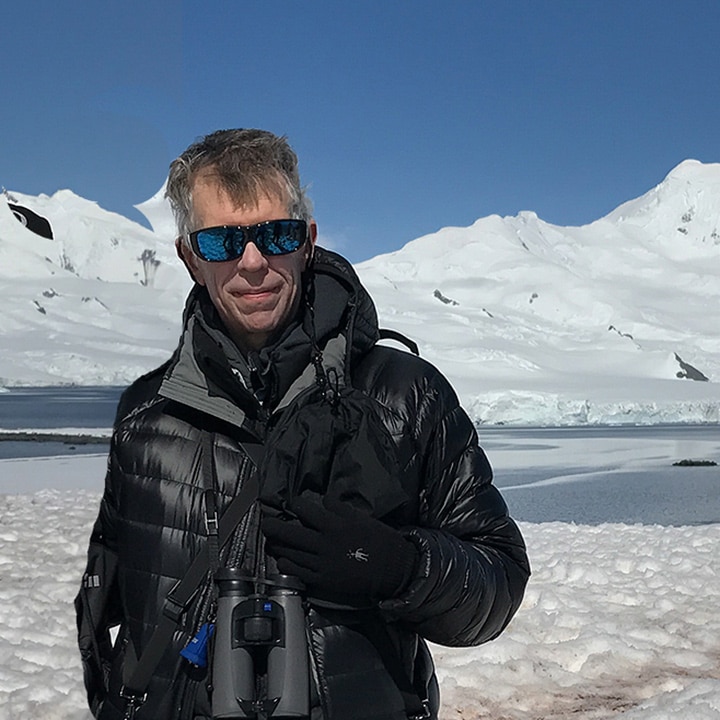 The THANC Foundation is a 501(c)(3) charitable organization.

We are committed to supporting research and education in the early detection and treatment of thyroid and head and neck cancer; to advancing new therapeutic approaches; and to alleviating the suffering and functional impairment of patients who undergo treatment.

Sign up today and get more…
Get notified of updates, news and upcoming events sent to your inbox!

This website uses cookies to improve your experience while you navigate through the website. Out of these cookies, the cookies that are categorized as necessary are stored on your browser as they are essential for the working of basic functionalities of the website. We also use third-party cookies that help us analyze and understand how you use this website. These cookies will be stored in your browser only with your consent. You also have the option to opt-out of these cookies. But opting out of some of these cookies may have an effect on your browsing experience.
Necessary Always Enabled
Necessary cookies are absolutely essential for the website to function properly. This category only includes cookies that ensures basic functionalities and security features of the website. These cookies do not store any personal information.
Functional
Functional cookies help to perform certain functionalities like sharing the content of the website on social media platforms, collect feedbacks, and other third-party features.
Performance
Performance cookies are used to understand and analyze the key performance indexes of the website which helps in delivering a better user experience for the visitors.
Analytics
Analytical cookies are used to understand how visitors interact with the website. These cookies help provide information on metrics the number of visitors, bounce rate, traffic source, etc.
Advertisement
Advertisement cookies are used to provide visitors with relevant ads and marketing campaigns. These cookies track visitors across websites and collect information to provide customized ads.
Others
Other uncategorized cookies are those that are being analyzed and have not been classified into a category as yet.
SAVE & ACCEPT
Powered by